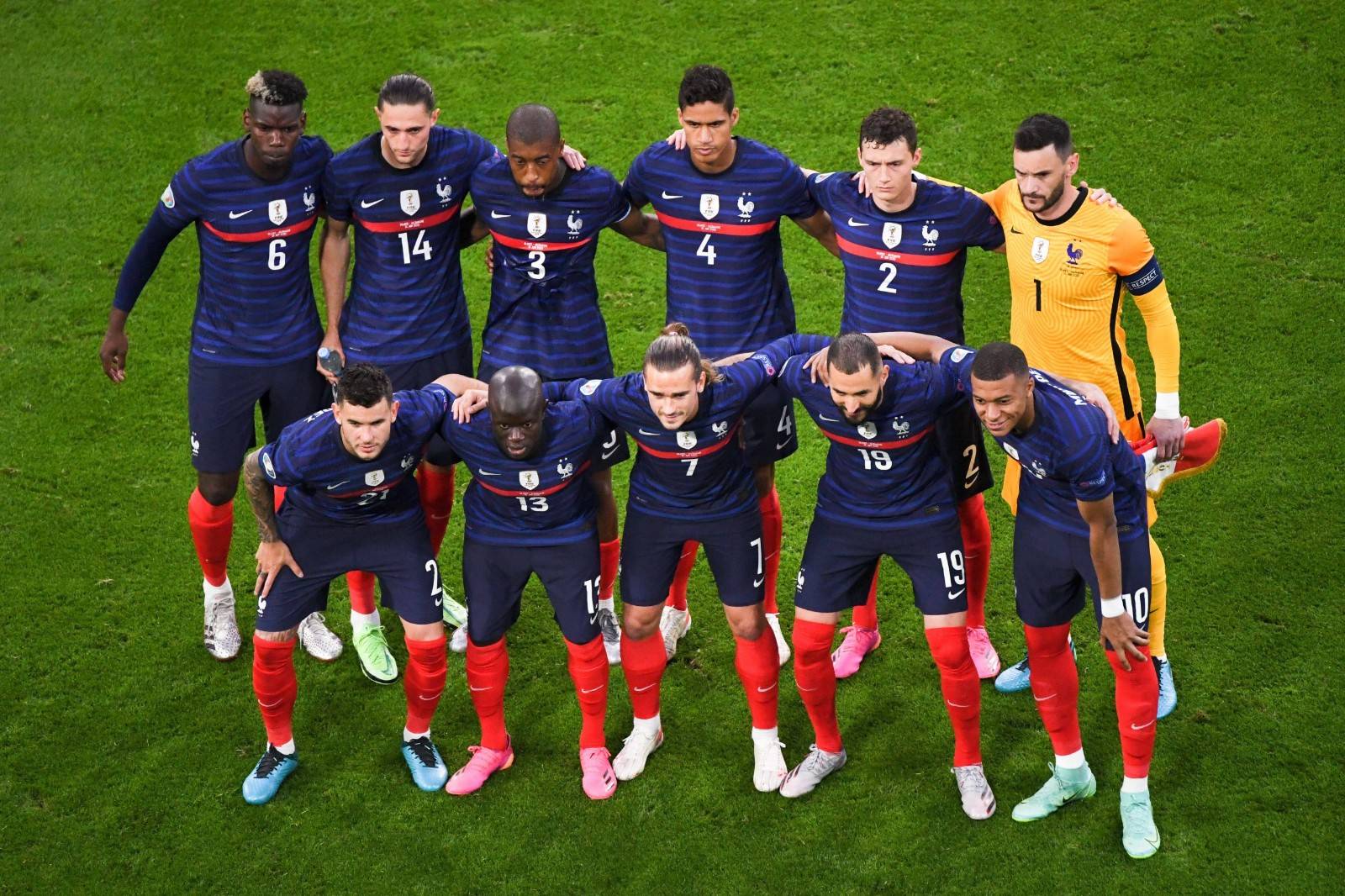 The France national football team represents France in men's international football and is controlled by the French Football Federation, also known as FFF. The team's colours are blue, white, and red, and the coq gaulois its symbol. France are colloquially known as Les Bleus (The Blues). They are the reigning world champions, having won the most recent World Cup final in 2018.

France plays their home matches at the Stade de France in Saint-Denis, Île-de-France, and their manager is Didier Deschamps. They have won two FIFA World Cups, two UEFA European Championships, two FIFA Confederations Cups, one CONMEBOL–UEFA Cup of Champions and one UEFA Nations League title. France experienced much of its success in three different eras: in the 1980s, late 1990s/early 2000s and late 2010s, respectively, which resulted in numerous major honours. France was one of the four European teams that participated in the inaugural World Cup in 1930. Twenty-eight years later, the team, led by Raymond Kopa and Just Fontaine, finished in third place at the 1958 FIFA World Cup.

In 1984, under the leadership of the three-time Ballon d'Or winner Michel Platini, France won UEFA Euro 1984 (its first official title), a CONMEBOL–UEFA Cup of Champions (1985) and reached another two World Cup semi-finals (1982 and 1986). However, France only began to reach its prime from the 1990s onward, with the establishment of INF Clairefontaine.

During the captaincy of Didier Deschamps, and with Zinedine Zidane on the pitch, Les Bleus won the FIFA World Cup in 1998 and triumphed at UEFA Euro 2000. They also won the FIFA Confederations Cup in 2001 and 2003. Three years later, France made it all the way to the final of the 2006 FIFA World Cup, where they lost 5–3 on penalties to Italy. A decade later, the team reached the final of the UEFA European Championship, where they lost 1–0 to Portugal in extra time. Two years later, France won the 2018 FIFA World Cup, its second title in that competition, defeating Croatia 4–2 in the final match on 15 July 2018. Finally, the French team became the first European national team to have won all possible senior FIFA and confederation competitions after winning the UEFA Nations League in October 2021.

The France 2020 home kit has gained a lot of support since its release date.Let’s check out this shirt. 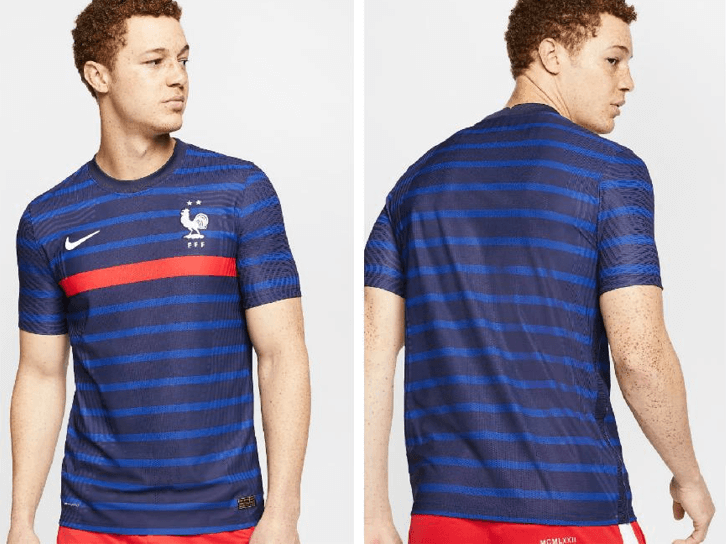 The Nike France 2020 home football shirt is predominantly dark blue with white logos. A single red stripe runs across the chest of the France Euro 2020 home shirt, with several thinner royal blue ones placed everywhere else on the shirt. It's a modern reinterpretation of the iconic 1998 original, which in itself was already a tribute to the 1984 Euro shirt.

“I think two years ago we brought the country together, just like back in 1998,” says Les Bleus forward Kylian Mbappé. “Now we will wear a red stripe on our shirt just like they did. That was a great team, which created a legacy. Now is the time for us to keep striving to be the best and create one of our own.”

In addition to the red band, France’s 20/21 home jersey takes its lead from the iconic marinière design with blue stripes flowing horizontally over a darker blue base. The pattern is broken by the singular red stripe, which shoots prominently across the chest. Above the stripe is the FFF crest and a Nike Swoosh, and a squad number sits below. Dark blue shorts and red socks with dark blue trim complete the look.

If you are looking for this France shirt, you can click here.